1. Australia is as wide as the distance between London to Moscow.

2. The biggest property in Australia is bigger than Belgium.

5. Gina Rinehart, Australia’s richest woman, earns $1 million every half hour, or $598 every second.

6. In 1892, a group of 200 Australians unhappy with the government tried to start an offshoot colony in Paraguay to be called ‘New Australia’.

7. The first photos from the 1969 moon landing were beamed to the rest of the world from Honeysuckle Tracking Station, near Canberra.

8. Australia was the second country in the world to allow women to vote (New Zealand was first).

9. Each week, 70 tourists overstay their visas.

10. In 1856, stonemasons took action to ensure a standard of 8-hour working days, which then became recognised worldwide.

11. Former Prime Minister Bob Hawke set a world record for sculling 2.5 pints of beer in 11 seconds. Hawke later suggested that this was the reason for his great political success.

12. The world’s oldest fossil, which is about 3.4 billion years old, was found in Australia.

14. Australia’s first police force was made up of the most well-behaved convicts.

15. Australia has the highest electricity prices in the world.

16. There were over one million feral camels in outback Australia, until the government launched the $19m Feral Camel Management Program, which aims to keep the pest problem under control.

18. Qantas once powered an interstate flight with cooking oil.

19. Per capita, Australians spend more money on gambling than any other nation.

20. In 1832, 300 female convicts mooned the governor of Tasmania. It was said that in a “rare moment of collusion with the Convict women, the ladies in the Governor’s party could not control their laughter.”

21. Australia is home to the longest fence in the world. It is 5,614 km long, and was originally built to keep dingoes away from fertile land.

22. Australia was one of the founding members of the United Nations.

23. Melbourne is considered the sporting capital of the world, as it has more top level sport available for its citizens than anywhere else.

24. Before the arrival of humans, Australia was home to megafauna: three metre tall kangaroos, seven metre long goannas, horse-sized ducks, and a marsupial lion the size of a leopard.

25. Kangaroos and emus cannot walk backward, one of the reasons that they’re on the Australian coat of arms.

26. Speaking of, Australia is one of the only countries where we eat the animals on our coat of arms.

27. If you visited one new beach in Australia every day, it would take over 27 years to see them all.

28. Melbourne has the world’s largest Greek population outside of Athens.

29. The Great Barrier Reef is the planet’s largest living structure.

31. The male platypus has strong enough venom to kill a small dog.

32. And when the platypus was first sent to England, it was believed the Australians had played a joke by sewing the bill of a duck onto a rat.

34. A retired cavalry officer, Francis De Grootstole the show when the Sydney Harbour Bridge officially opened. Just as the Premier was about to cut the ribbon, De Groot charged forward on his horse and cut it himself, with his sword. The ribbon had to be retied, and De Groot was carted off to a mental hospital. He was later charged for the cost of one ribbon.

36. Prime Minister Harold Holt went for a swim at Cheviot Beach, and was never seen again.

38. Wombat poop is cube shaped! This helps it mark its territory.

39. European settlers in Australia drank more alcohol per capita than any other society in history.

41. A kangaroo is only one centimetre long when it is born.

42. Sir John Robertson, a five-time premier of NSW in the 1800s, began every morning with half a pint of rum. He said: “None of the men who in this country have left footprints behind them have been cold water men.”

43. The Box jellyfish has killed more people in Australia than stonefish, sharks and crocodiles combined.

44. Tasmania has the cleanest air in the world.

45. The average Aussie drinks 96 litres of beer per year.

47. Australia is ranked second on the Human Development Index (based on life expectancy, income and education).

48. In 2005, security guards at Canberra’s Parliament House were banned from calling people ‘mate’. It lasted one day.

49. In Australia, it is illegal to walk on the right-hand side of a footpath.

50. Australia is the only continent in the world without an active volcano.

51. Aussie Rules footy was originally designed to help cricketers to keep fit in the off-season.

52. The name ‘Kylie’ came from an Aboriginal hunting stick, similar to the boomerang.

53. 91% of the country is covered by native vegetation.

54. The largest-ever victory in an international football match was when Australia beat American Samoa 31-0 in 2001.

55. There are 60 designated wine regions in Australia.

56. Melbourne has been ranked the world’s most liveable city for the past three years.

57. If all the sails of the Opera House roof were combined, they would create a perfect sphere. The architect was inspired while eating an orange.

59. Half of these are found in New South Wales.

60. Moomba, Australia’s largest free festival, held in Melbourne, means ‘up your bum’ in many Aboriginal languages.

61. No native Australian animals have hooves.

63. The wine cask (goon sack) is an Australian invention

65. Durack, Australia’s biggest electorate, is larger in size than Mongolia.

66. The world’s first compulsory seat belt law was put into place in Victoria in 1970.

67. Each year, Brisbane hosts the world championships of cockroach racing.

68. In 1932, the Australian military waged war on the emu population of Western Australia. Embarrassingly, they lost.

69. Canberra was created in 1908 as a compromise when Sydney and Melbourne both wanted to be the capital city.

70. A gay bar in Melbourne won the right to ban women from the premises, because they made the men uncomfortable.

71. In 1992, an Australian gambling syndicatebought almost all the number combinations in a Virginia lottery, and won. They turned a $5m purchase into a $27m win.

72. Eucalyptus oil is highly flammable, meaning gum trees may explode if ignited, or in bushfires.

73. In 1975, Australia had a government shutdown, which ended with the Queen firing everyone and the government starting again.

74. A bearded Australian was removed from a darts match in the UK, after the audience started chanting ‘Jesus!’ at him, distracting the players.

75. There have been instances of wallabiesgetting high after breaking into opium crops, then running around and making what look like crop circles.

76. An Australian man once tried to sell New Zealand on eBay.

77. In 1940, two aircraft collided in midair, in NSW. Instead of crashing, the two planes became stuck together and made a safe landing.

78. The male lyrebird, which is native to Australia, can mimic the calls of over 20 other birds. If that’s not impressive enough, he can also perfectly imitate the sound of a camera, chainsaw and car alarm.

79. Some shopping centres and restaurants play classical music in their car park to deter teenagers from loitering at night.

82. There have been no deaths in Australia from a spider bite since 1979.

83. There currently a chlamydia outbreak among koala species, which has led to a 15% drop in koala populations.

84. In NSW, there is a coal fire beneath the ground which has been burning for 5,500 years.

85. An Australian election TV debate was rescheduled so it didn’t conflict with the finale of reality cooking show Masterchef.

86. Chinese explorers travelled to Australia long before Europeans arrived. As early as the 1400s, sailors and fisherman came to Australia for sea-cucumbers and to trade with Indigenous peoples.

87. The first European to visit Australia was Dutch explorer Willem Janszoon, in 1606. More Dutch explorers visited the country over the next hundred years, plotting maps and naming it ‘New Holland’.

88. Captain James Cook first landed on Australia’s east coast in 1770. In 1788, the British returned with eleven ships to establish a penal colony. Within days of The First Fleet’s arrival and the raising of the British flag, two French ships arrived, just too late to claim Australia for France. 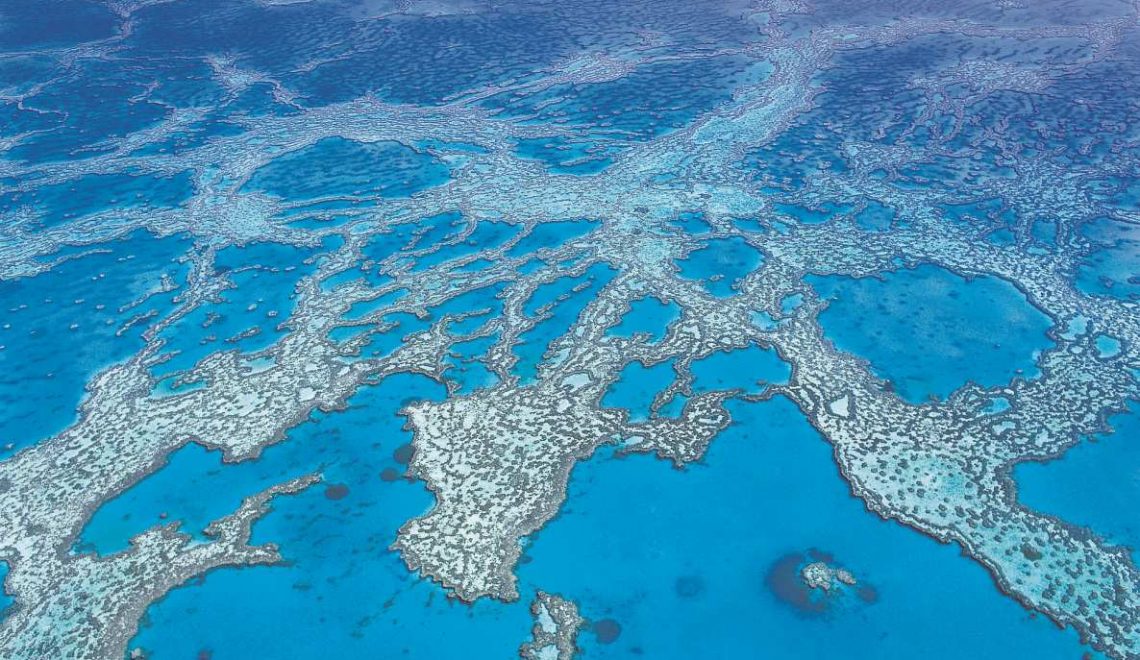 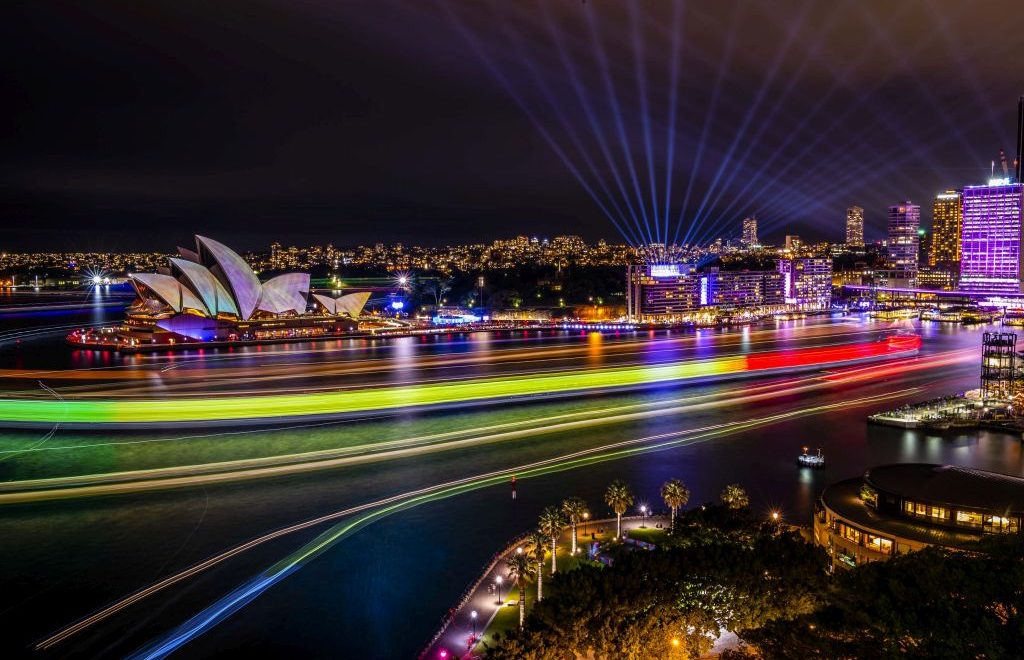